Well, by now I guess you must have heard the buzz about this cool Distributed Version Control system, if not then I suggest you use Google for a while! There are a lot of Version Control Systems hanging around in the market, and I can’t say for sure about Git’s superiority over others, mostly because I haven’t worked with others.

But one thing which I do know is that the companies and projects like Google, Facebook, Microsoft, Twitter, LinkedIn, Android, NetFlix, Qt, Eclipse and the like aren’t using Git for no reason.  And now since I too have started using Git, there’s too much to boast and extol about it. 🙂

You can download and read all the good things about Git here.

Once you download the setup, just follow the steps below and you’ll have it up and running in no time. In Windows, installation is no big deal, just a matter of next, next, and next! 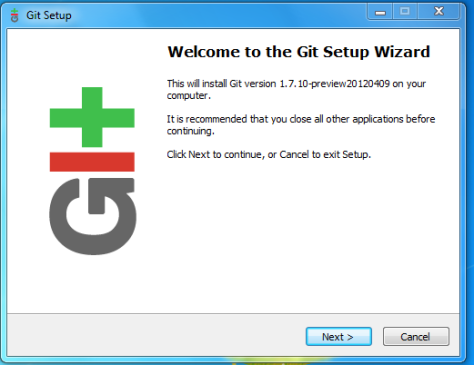 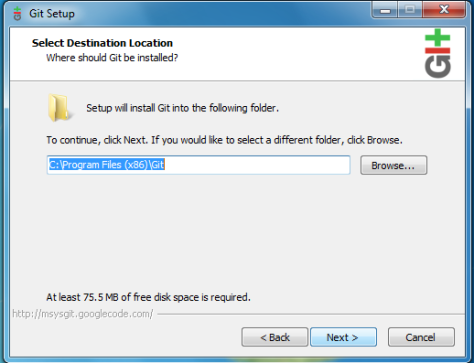 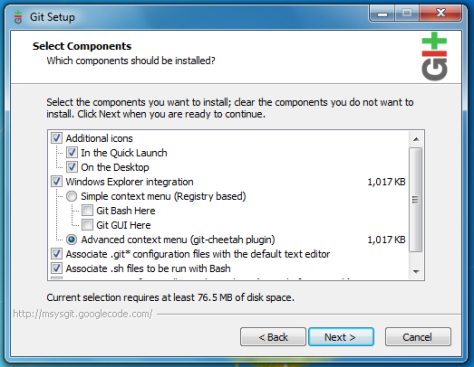 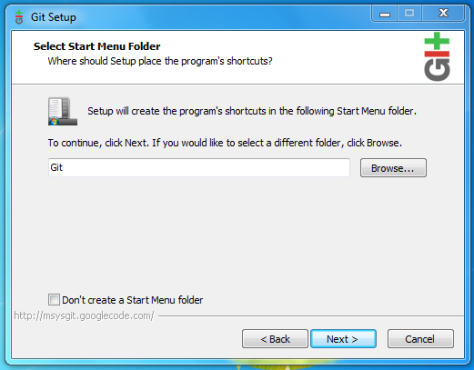 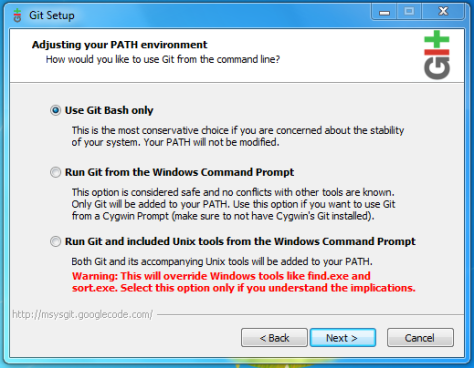 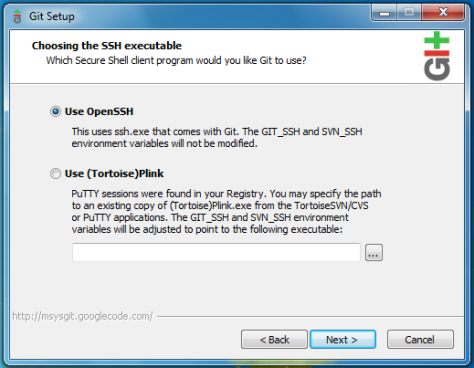 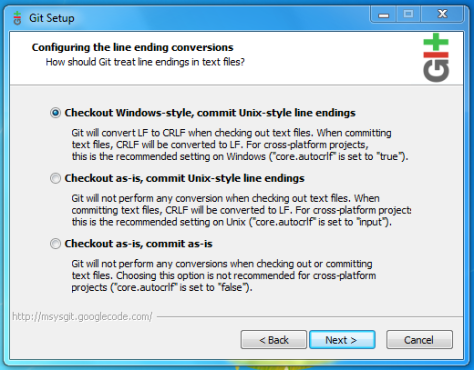 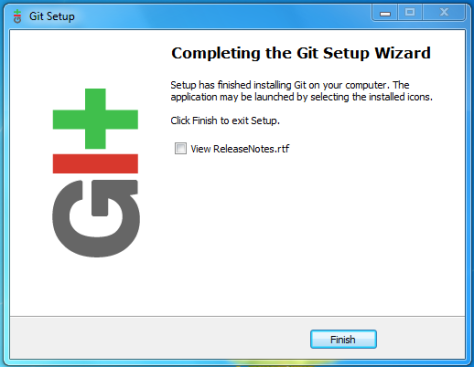 This installs Git in your system. To see it in action, right-click and see the new options in the context menu.

Getting Git to Work 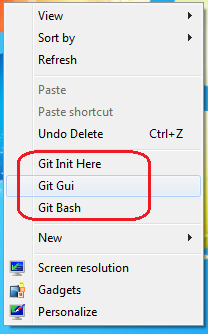 Click Git Gui and the opening screen of Git will appear. 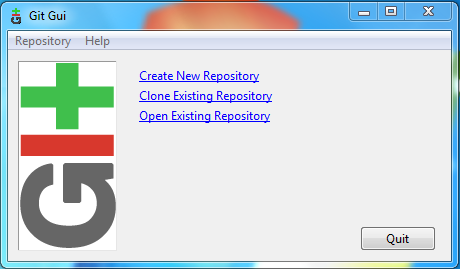 Since we’re starting afresh we have no earlier git repositories to work with, we’ll create a brand-new-one! Click Create New Repository

Click on the “Create” button and a new repository will be created for you. 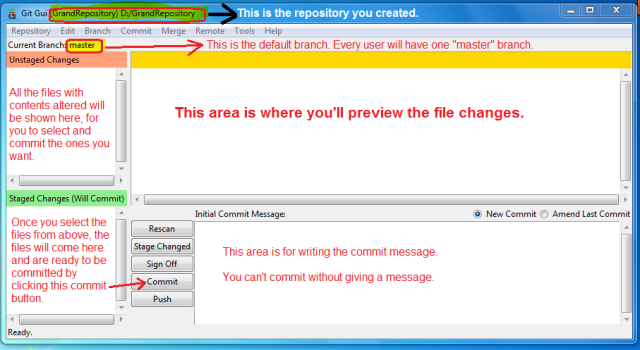 You can view the repository created for you in the Directory Structure too.

Go inside the GrandRepository to see how git saves the versions.

Now since the git is set up, let’s add some files to the project and see version control in action. 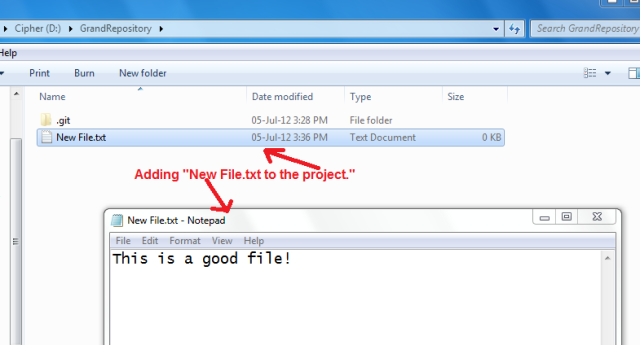 Switch to Git Gui and click Rescan button to see the new entry in the Git.

Once you click the “Rescan” button, the git will scan the directory under version control, in our case “GrandRepository” for any file changes and will show in the Git Gui 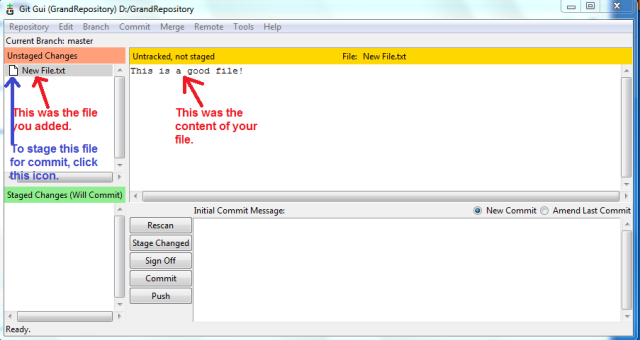 Stage the file for commit, by clicking the file in Unstaged Changes box. 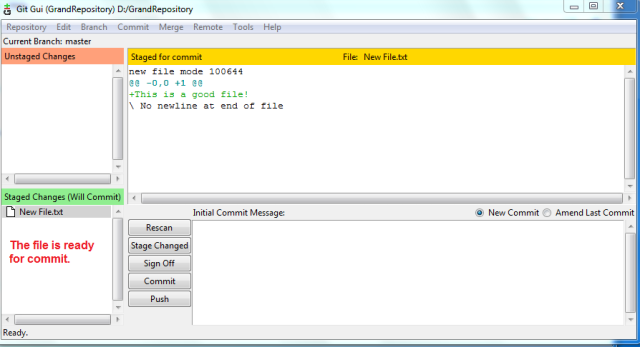 Write your credentials, like name and email, so that Git will keep track of who changed the files and when. 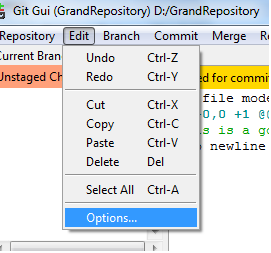 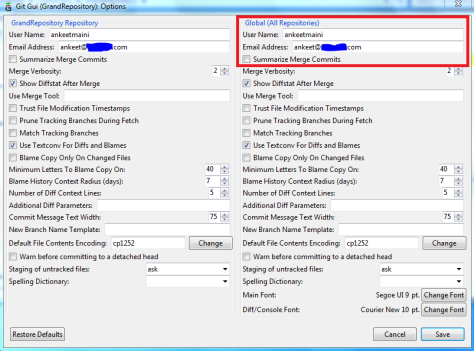 To see the history of your project. 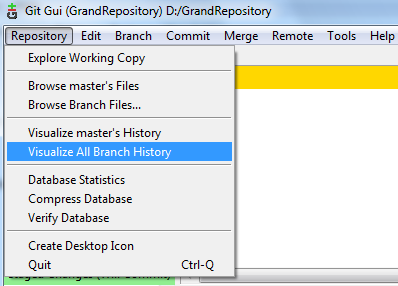 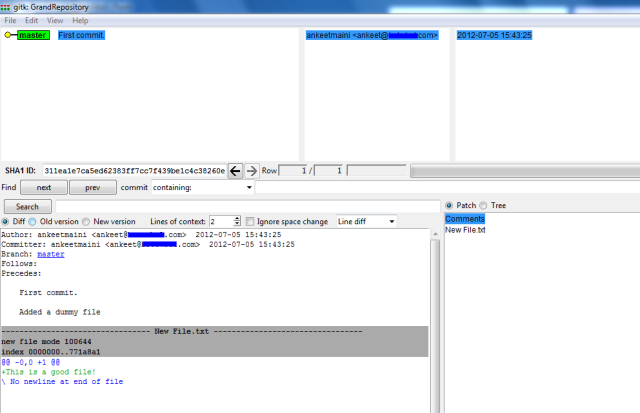 Make some changes in your New File.txt and do a rescan in Git Gui. You can see below the changes which you have done in the file. (Here I added a line – This is just another line.) 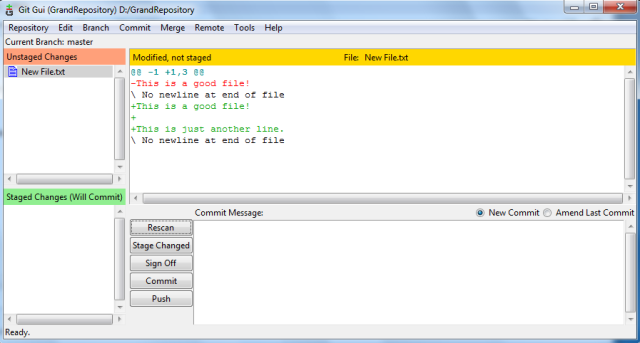 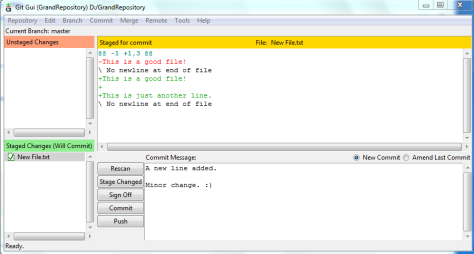 Go to Visualize history of all branches to see the changes and where your current branch, master is. 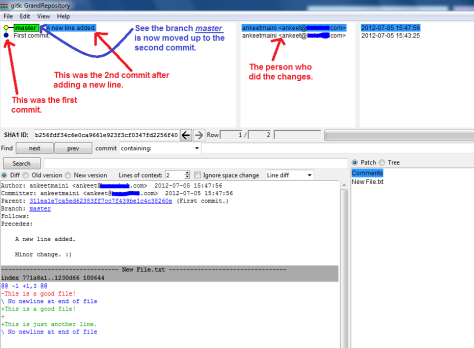 The Quintessential – Life and JavaScript enthusiast!